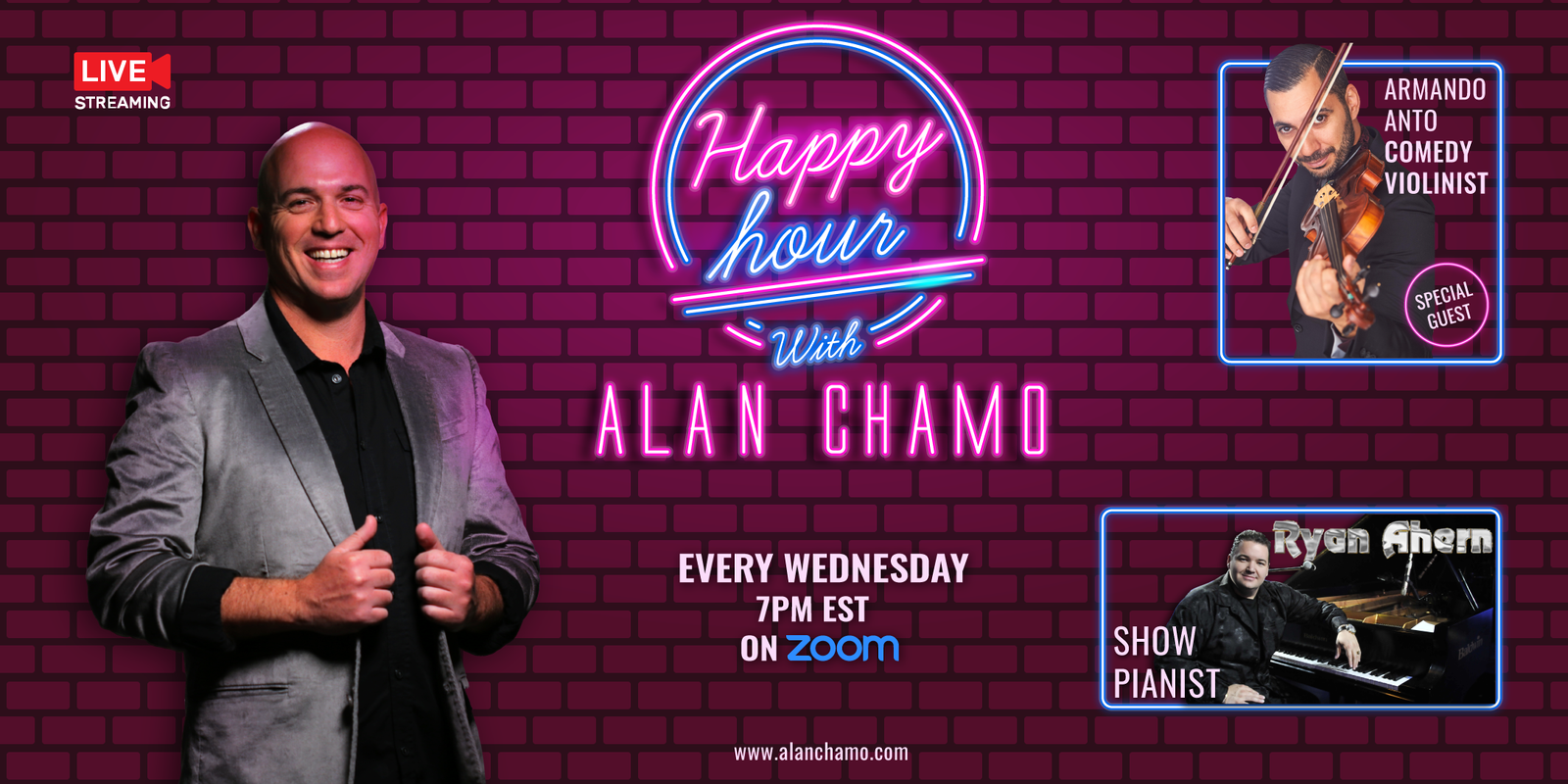 Enjoy a Virtual Happy Hour from the comfort of your home! 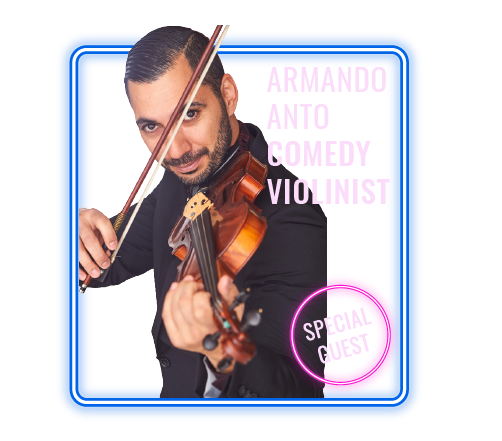 Armando Anto was born and raised in France. He began studying classical violin at the French National Conservatory at the age of 5.  For the last 10 years, Armando has been perfecting his unique style of comedy, utilizing his decades of classical violin mastery, his guitar skills, and even breakdance in his act.

Armando Anto’s brand of comedy is widely accessible and works anywhere in the world.

From New York to Texas, France to the Middle East, every audience understands the universal comedic language of music.

Book us for your corporate Happy Hour, Annual meeting, or your next virtual event.